It’s the year 2035, you head out your front door and walk down to the nearest sky station, jump in the remote aircraft in front of you and zip off to work. Pie in the sky stuff or realistic and achievable?

Whether it be standing around a BBQ with new friends, on course with a new bunch of students or at my local flying field zipping around with my DJI Mavic, enquiries about what we do always seem to have the same two questions – What licence do I need? Followed closely by, what kind of jobs are out there? We have previously addressed the first question, you can find it here. In this week’s blog, we will focus on the employment opportunities for drone pilots.

From their origins in the military, drones are now appearing in almost every industry. Companies such as Amazon and Google (and its subsidiary wing) are testing ways to deliver packages via drones in the future.  A client of ours is now using a DJI S1000 with a flame thrower attachment to clean powerlines, rather than a manned aircraft.

Congestion is currently estimated to be costing Australia 16.5 billion annually, increasing to 30 billion by 2030 providing a way for companies like Uber to begin its Uber Air trials in cities like Melbourne and companies like LKSD can now drop their latest summer tee right in your driveway. Wherever you look, drones are undoubtably changing things.

A 2013 report released by a trade group, the Association for Unmanned Vehicle Systems International, projected more than 100,000 new jobs in unmanned aircraft by 2025 and a quick search of employment websites like Seek, or Jora and you’ll find over 80 companies looking for suitability qualified and skilled drone pilots, so there are opportunities out there already.

The question you need to answer is what kind of flying do you want to do for a living?  Some options you have currently are mapping and surveying, mining, agriculture, videography, and delivery. It is, however, expected that you come to the company with the correct licence type for the aircraft being used in the operation.

Fixed wing RPAS can be used for operations like mapping and surveying, or weed spraying, and multirotor RPAS (by far the most versatile) used for most things including mining, inspection, search and rescue, delivery and videography, you’ll just need to make sure that you are endorsed to pilot the correct aircraft for the operation you are performing.

Once you know the kind of flying and type of RPA you want to fly, you’ll just need to complete the appropriate training and gain the necessary skills and experience (usually in the form of logged hours) and you’ll be ready to jump into paid work.

With all this being said; based on the growth rate of this industry and the new applications we are seeing for drones almost on a daily basis, we think it’s entirely possible that you’ll be commuting to work in a remotely piloted aircraft in no time! 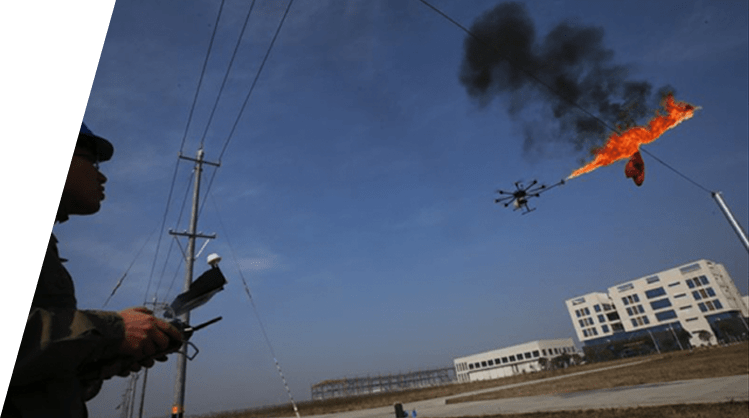